"Coming off statins in old age raises the risk of heart attack or stroke by around a third," reports The Sun. Behind the Headlines examines the science supporting the story. 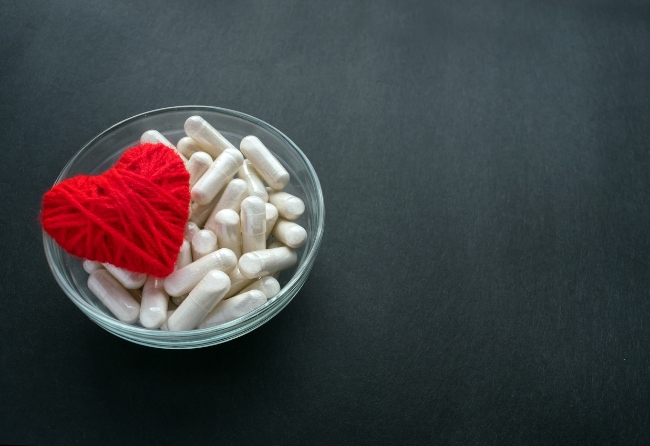 French researchers looked at records of more than 120,000 people who were regularly taking statins at age 75, who had not previously had a heart attack or stroke. They followed them up for an average 2.4 years.

They found that people who stopped taking their statins were about a third more likely to be admitted to hospital after a heart attack or stroke, compared to those who continued with their medication. After adjusting for other risk factors, researchers calculated that 10.1% of people in the study who stopped taking statins on their 75th birthday would have a heart attack or stroke within 4 years, compared to 7.6% of people who continued with statins.

However, the type of study means we cannot be sure that stopping taking statins was the reason people developed cardiovascular disease.

We also do not know why the people in the study stopped taking statins, nor do we know why statins were prescribed in the first place (for example, whether they had raised cholesterol or other risk factors).

Still it’s never a good idea to stop taking prescribed medicines without talking to your doctor first. Find out more about statins and cardiovascular disease.

The researchers who carried out the study were from Hôpital Pitié-Salpêtrière and French National Health Insurance, in France. We do not know who funded the study. The study was published in the peer-reviewed European Heart Journal on an open access basis so is free to read online.

The study was widely covered in the UK press. Most published broadly accurate and balanced reports. Several reports focused on the risk of heart attack, rather than the overall risk of heart attack or stroke, but they did include absolute risk numbers to show how the relative risk translated into numbers of additional heart attacks.

This was a retrospective cohort study. These types of study are good for looking at links between stopping a medication (such as statins) and subsequent outcomes (such as heart attacks and strokes), as it would be unethical to randomise people to stop taking potentially beneficial medication.

It also has the benefit of allowing you to look at much larger numbers of people than you could through a trial. But such observational studies cannot tell us whether stopping the medication alone has directly and singularly caused the outcome as other confounding health and lifestyle factors may be involved.

Researchers used the French national healthcare database to look at records of all French people who turned 75 in 2012 to 2014, who were taking statins at least 80% of the time in the previous 2 years, and who did not have a record of cardiovascular disease (recorded diagnosis or prescription of medications for heart attack or stroke). They followed them up until December 2015.

They compared the likelihood of people being admitted to hospital for cardiovascular disease for people who had continued or stopped taking statins. They adjusted their figures to account for potential confounders, including:

Researchers followed 120,173 people for an average 2.4 years. 5,396 people were admitted to hospital for cardiovascular disease during follow-up (2.1% of people per year) and 14.3% of people stopped taking statins during the study.

People who stopped taking statins were more likely to have been subsequently admitted to hospital. Compared to people who continued to take them, those who stopped were:

The researchers said: "The results of this study suggest potential cardiovascular risk reduction associated with continuing statin therapy after the age of 75 years in persons already taking these drugs for primary prevention." In interviews, they said they would advise doctors to continue to prescribe statins to over-75s, and patients to continue taking them.

Doctors in the UK typically assess an individual's need for primary prevention using risk assessment tools. Those with a 10% or higher risk of getting cardiovascular disease in the next 10 years may be considered for statin treatment. The tool is only recommended for use up to the age of 84 as it cannot reliably assess risk in people above this age. This does not mean that people above this age cannot be prescribed statins. It just means that doctors would assess their circumstances and risk on an individual basis.

There's currently no "age limit" to treatment for people in whom doctors think that the benefit of statins for primary prevention of any heart attack or stroke outweigh any risk.

This study adds to the evidence that statins continue to benefit people aged 75 and older, reducing risk of heart attack or stroke in people who have been prescribed them. This is the key point to understand. The study does not mean that everyone above the age of 75 needs be on a statin to reduce their cardiovascular risk. We do not have detailed information about these participants – for example their cholesterol levels, blood pressure, diet and physical activity. But many of these people are likely to have met risk criteria for prescription of statins.

Then because of the type of study, we cannot say for sure that stopping statins was the direct cause for the increase in heart attacks and strokes. We do not know why people stopped taking statins. The reason for stopping, including other health and lifestyle factors and personal circumstances, might be linked to the raised risk.

Essentially, as we cannot pull apart the individual circumstances of these participants, we can mainly say that the study supports the benefit of statins for people who have been prescribed them to reduce cardiovascular risk. They continue to benefit people aged 75 and over – who are at higher risk of cardiovascular disease in any case on account of increasing age.

It also highlights the point that people should not stop taking prescribed medications without speaking to their health professional.

Coming off statins in old age raises risk of heart attack or stroke by a third, study shows

Stopping statins after age of 75 raises heart attack risk by half, study suggests

Cardiovascular effect of discontinuing statins for primary prevention at the age of 75 years: a nationwide population-based cohort study in France