One in five retirees struggle to adjust, survey shows

One in five adults (20%) who retired in the last five years have admitted to finding it difficult, according to figures from a UK-wide survey. 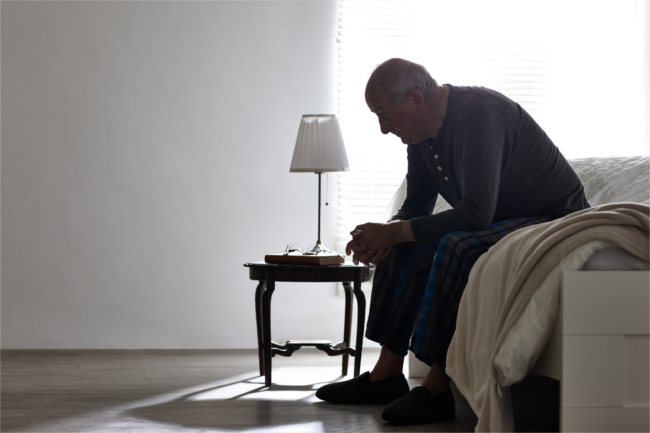 The data also revealed that only around half of UK workers planning to retire in the next five years are looking forward to it, (56%), with 41% worried about managing their money, a third concerned about feeling bored (33%) and missing their social connections from work (32%), and nearly a quarter worried about losing their purpose (24%). Some 17% of workers are worried about being lonely in retirement.

But despite this, most retirees do little to plan for this major life change, the survey suggested, with over half of people who had retired in the last five years revealing they didn’t seek any advice or help to prepare (56%).

Nearly half of people are heading for a ‘cliff-edge retirement’ – 45% of UK workers planning to retire in the next five years haven’t made any arrangements to change their working hours in preparation for retirement, potentially working one day and then stopping completely the next.

It is part of a study by the Centre for Ageing Better and Calouste Gulbenkian Foundation UK Branch (CGF) exploring how the process of retirement affects people and what kinds of intervention and support could help people to better manage the transition.

The study also involved an evaluation of seven pilot pre-retirement workshops, delivered by different charities, which focused particularly on building resilience and emotional well-being. It found that participants had improved confidence and perceptions of ageing – even six to twelve months after the workshops had ended.

Having the opportunity to reflect and take stock of their strengths, skills and personal attributes boosted participants’ sense of self-worth, and left them feeling better equipped and confident to deal with change and future challenges. They reported a much more positive outlook and attitude to later life as well as a greater appreciation of the importance of their social relationships and the role they would play in their life in future.

Currently, pre-retirement provision in the form of courses or workshops is limited. Where it does exist, it mostly focuses on practical aspects such as finance. Over the next few months, the Centre for Ageing Better and CGF will carry out research into the types of challenges people face during the process of retirement, who is most likely to face them, and what kind of support could help them. The partnership will also explore the benefits to employers of providing pre-retirement support to their staff and will evaluate promising approaches already being delivered by employers.

After a 40-year career as a civil servant, Michael ended up leaving work suddenly due to a health problem. He said: “Initially retirement was a struggle. I was getting used to the idea, but felt anxious and in the dark about my pension. I started to worry that I’d lose all my social connections and I was feeling stressed about my health.

“My retirement was something that was always going to happen, but I would have liked more time to prepare rather than being thrown in at the deep end. If I’d had more time I would have reduced my hours and given myself more time to think about what I was actually going to do after I left work.”

Claire Turner, Director of Evidence at the Centre for Ageing Better, said:

“Retirement is a major life change that most of us will eventually experience, yet little is understood about how it affects us. Traditionally it is viewed as a halcyon period of more time to enjoy travel, family and hobbies – and for many, that’s the case. But our survey shows that while some people flourish, but others find it a challenging time.

“The assumption that everyone is looking forward to retirement is untrue, as this research clearly demonstrates. That’s understandable given it can be a time of high anxiety, with little existing support for the enormous changes retiring can bring. This is worrying as research indicates a retirement prepared for and handled well could be a touchpoint to reduce future detrimental outcomes such as loneliness and social isolation.

Almost 1 in 5 want greater support to manage the retirement transition – of those workers who had retired in the last five years, 56% didn’t do anything in particular to help them to prepare for the change in lifestyle, yet 19% said they wanted more advice or support – of these, 45% on managing money during retirement, a third (33%) on how to maintain or improve their health in retirement, and 30% on thinking about how they wanted to spend their time. Well over a third (39%) would have liked more advice or support on how retirement would affect them emotionally.

Many people reduce their hours – or plan to – in preparation for retirement – close to a third (30%) of recent retirees said they reduced their hours at work to help them prepare for retirement. This increased to 37% for those looking to retire in the next five years.

But nearly half of people are heading for a ‘cliff-edge retirement’ – 45% of UK workers planning to retire in the next five years haven’t made any arrangements to change their working hours in preparation for retirement,  potentially working one day and then stopping completely the next.

Women approaching retirement worry more than men – 1 in 5 women reported worrying about feeling lonely in retirement (20%), vs just 13% of men, and well over a third of women (38%) were concerned about losing their social connections compared to just over a quarter (26%) of men. Of workers who retired in the last five years, more women than men reported getting more involved in their local community when they first retired (24% vs 16%). For those looking to retire in the next five years, 43% of women said they were looking forward to spending more time with friends, compared to 31% of men.

Retirement a very positive experience for many – despite the worries expressed by some respondents, 62% of workers who had retired in the last five years reported feeling more relaxed, 41% said they spent more time on their hobbies or started new ones, 20% getting more involved in their communities.

People from different backgrounds have different attitudes to retirement – 69% of recent retirees from C2DE backgrounds said they did no preparation for retirement, compared to 46% ABC1 retirees. Of those anticipating retirement in the next five years, fewer C2DEs than ABC1s looked forward to being more physically active in retirement (27% C2DEs vs 43% ABC1s) and getting involved in their local community (15% vs 27%).

Public sector vs private sector workers – those workers approaching retirement in the next 5 years the public sector are more worried about missing the social connections from work than those who work in the private sector (41% vs 26%), and were more likely to look forward to getting more involved in their local community in retirement (28% vs 19%).