When trust is broken, it does not need to be the end of a relationship. Much can be learned from staying in a relationship and learning from the conflict situation. 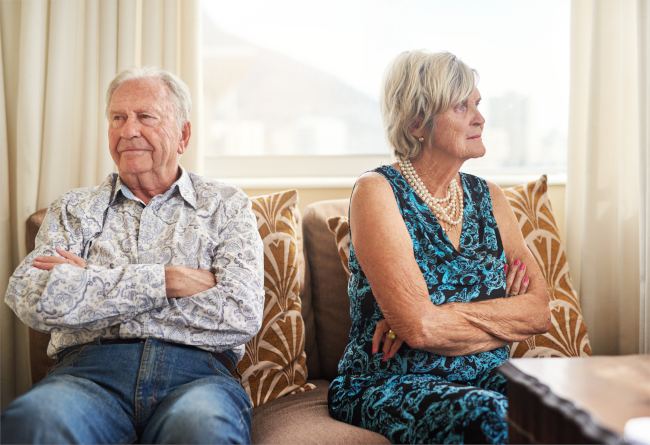 Dylan and Hannah were to be married in a month when Hannah found out that Dylan had been cheating on her with another woman. Devastated, she ended their relationship.

Dylan was also devastated. He really loved Hannah and had no idea why he had been having an affair with a woman who meant nothing to him. Fortunately, Dylan reached out for help and started phone sessions with me. In the course of his Inner Bonding work, he discovered deep feelings of worthlessness from a highly abusive childhood. He had learned to define his worth through women and sex, and was addicted to the validation he received from women. He had no idea how to fill and validate himself and was driven to appease his fear and anxiety through sex with multiple women.

Dylan also discovered that he was terrified of being controlled due to his angry and controlling mother, and having an affair was a way to protect himself from this fear. Hannah frequently used anger as a way to have her way and Dylan had never learned how to stand up for himself, having learned to be a caretaker for his parents. Withdrawing into his addiction was the only way he knew of not being controlled.

While Dylan believed in God, he had no connection with a personal source of spiritual guidance. As he learned and began to practice the six steps of Inner Bonding and developed his spiritual connection, Dylan began to fill up from the inside instead of having always to fill up from the outside. Dylan was diligent regarding his Inner Bonding work, and within a short time, he knew that his sexual addiction was behind him. He had no more desire to act out sexually. He loved Hannah and just wanted to be with her.

Dylan was also healing the old guilt from his parents' blame and abuse. He was learning to stand up for himself rather than let himself be controlled, to speak his truth rather than comply out of fear and guilt to another's demands.

At this point, he contacted Hannah. She was still hurt and furious and had no trust in him at all. However, she still loved him, and was confused about what to do. Her family and friends advised her to stay away, but she heard something new in Dylan's voice that compelled her to open up a bit. She started phone sessions with me as well.

"I love him but how can I ever trust him again?" she asked over and over. Instead of working on trusting Dylan, we worked on Hannah learning to trust herself. As we went back through the relationship, it became apparent to Hannah that she had been ignoring the inner promptings that told her something was wrong. She had not trusted her own inner knowing. Out of fear of conflict, she had let many events go by that, if she would have confronted them, would have shed light on the problems much earlier. Instead of speaking her truth, she had learned to get angry as a way to protect against her fears of rejection. Hannah worked on developing her spiritual connection with a source of guidance that helped her begin to trust her inner knowing. As she stopped abandoning herself and learned how to take care of herself so that she no longer needed to control Dylan to feel safe, her anger subsided.

Meanwhile, Dylan went about proving his trustworthiness. He was not only attentive and kind to Hannah, he became generous and kind with various members of his family, from whom he had previously distanced.

After a few months of individual work, Hannah and Dylan began to work together in their phone sessions with me. They learned to open and explore their conflicts and learn from them instead of Hannah getting angry and Dylan complying and withdrawing. In shifting their intent from protecting against pain to learning about love, Hannah and Dylan developed a loving relationship based on trust for themselves and each other. They are now married with children and their relationship continues to evolve in love and trust.

Trust is built in a relationship when both people are open to learning rather than controlling through anger, withdrawal, compliance or resistance. When our intention is to control rather than to learn about what is loving to ourselves and our partner, we can never trust or feel secure with our partner, because if we can control and manipulate him or her, others can too - and that's scary. Only when we believe our partner is with us because he or she wants to be - out of desire and caring, rather than out of fear, obligation, or guilt - will we feel secure and trusting. This only occurs when our intent is to learn about loving ourselves and others rather than to control.

The more we trust ourselves - our own inner knowing and the wisdom from our spiritual guidance - the more open and trusting we can be with our partner. People often hold back from being open with their partners with the implication, "I can't be open until you prove that I can trust you." By trust they mean being able to predict their partners' response, guaranteeing that their partners will be loving rather than rejecting. One of life's hardest realities is that this kind of guarantee is impossible. However, the more we trust ourselves and develop our ability to speak our truth, the more we are willing to be open and risk another's free response to us. This is what creates a loving and trusting relationship.

More Info can be found at: www.innerbonding.com