Giving priority to "purposeful and dignified work" for all - but how? 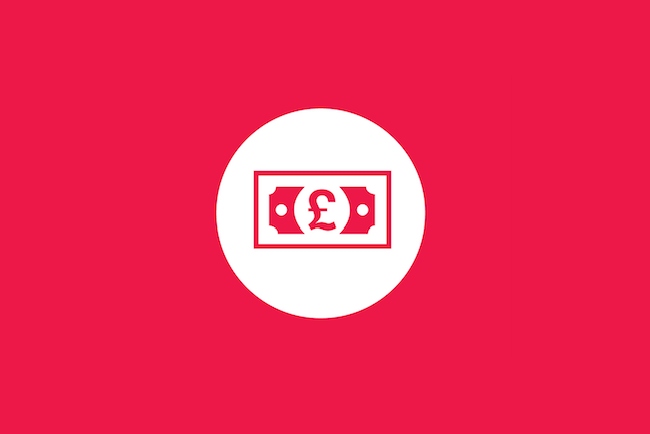 “For if truth be at all within the reach of human capacity, ’tis certain it must lie very deep and abstruse…and to hope we shall arrive at it without pains, while the greatest geniuses have failed with the utmost pains, must certainly be esteemed sufficiently vain and presumptuous.”

At its launch The Everyday Economy Rachel Reeves MP introduced her short book with a moving reference to “an economy that lies unnoticed in the shadow” – an economy made up of:

... the man stacking supermarket shelves at 4a.m. this morning, taking the night bus home.
The cleaner hoovering at 5am.
The mother of three taking her children to school and working the till at Tesco during school hours.
The woman caring for dementia patients in a care home.
The bus driver on his late shift.
The nurse caring,
the porter wheeling the trolley,
the shop worker,
the nursery worker,
the migrant worker picking raspberries,
the fulfilment centre worker walking and packing and being monitored,
the delivery driver checking his app...

Reeves reflects that the economic winners of globalisation “are asset rich elites and the metropolitan professional class of creative, media, knowledge and finance workers, and opinion formers.” Her major concern is for Britain’s “old established working class, many of whom are now excluded from high-skilled sectors”. “Purposeful and dignified work defines what the Labour Party stands for, whilst good wages are the principal means of distributing the rewards of economic prosperity,” she writes.

Her account lays the blame at the door of the market, supported by the state - for the exclusion of the established working class from high-skilled sectors. For too long, she argues, society and its “civic infrastructure” have been disregarded by both market and state. She draws on Karl Polanyi’s argument that our marketised society has not occurred naturally, but is itself a conscious political and social construct, enforced by the state’s regulations and institutions.  Partly because of this entanglement Reeves appeals to the Labour leadership to give up “its over-reliance on state control and become a more social and more democratic party” by developing “a political economy of everyday life.”

These ideas echo, but are not quite those of Anthony Giddens who helped construct the “third way’ in British politics by persuading politicians to distance modern social democracy from “state socialism”.  Reeves is more radical than that. “Britain” she argues “has ended up with an economy of wealth extraction rather than wealth creation”. It is Labour’s “historic role… to redress the power of capital and to make it work in the interests of working people”. The financial crash in 2008 discredited the dominant neo-liberal economic model, asserts Ms Reeves, “but we still lack a viable alternative to it.”

The book draws on what Ms Reeves believes are the intellectual roots of “the Labour interest” and identifies David Hume as critical to the way in which the Labour interest has been understood. In his 1793 publication A Treatise of Human Nature Hume expressed the now modern concept of human relationships as defined by feelings and social bonds – “the direct flow of emotions between people, which he expressed as sympathy - and the moral values which bind individuals together in society.” Given Labour’s long-held distrust of intellectuals, Ms Reeves’s exploration of Labour’s intellectual roots is refreshing.

Her insistence that Labour prioritise “purposeful and dignified work” for all, is a demand that I for one, strongly welcome. Like most of the world’s economists, Labour’s new leadership have not chosen to set full, well-paid and skilled employment as the primary goal of all economic policy-making. Instead politicians appear to have swallowed the assertion by both the Coalition and Conservative governments that Britain has achieved “full employment.” The assumption seems to be that everyone has work, even if the work is not “purposeful and dignified” and that little can be done about a re-structured workforce that is increasingly insecure, part-time and low-paid.

While debates about productivity rage, there is increasing evidence that Ms Reeves is right: work in the “everyday economy” is the way into poverty, not out of it, as Paul Lewis commented. The Bank of England explains that this has happened because, “in the last five years, the numbers of people that are self-employed has risen by 14%, the number of agency workers is up by about 30%, and the number of businesses registered in the UK is up by 40%. There has been also been the expansion of zero hours contracts and the “gig economy”.

This transformation of the nature of work can in part be explained by the Coalition government’s determination, post-crisis, to exacerbate private contraction of the economy by contracting public investment. Given the damage done to the private sector by the GFC, this policy of ‘austerity’ invariably led both to a fall in investment, and a fall in wages. It was a period characterised by a major reduction in the wage price rather than in the quantity of employment. In other words, the sustained fall in economic activity forced the labour market to adapt. Or, as the TUC has argued, the labour market accommodated austerity “through price”. The Bank of England has explained that labour over this period substituted for capital, which led to an “expansion of labour-intensive sectors with low average levels of pay and productivity.”

Among people in work, the proportion that are full-time employees (i.e. not self-employed, not part-time, not in a temporary job) remains well below pre-recession levels. Less secure forms of work are less well-paid, and as Michael Saunders of the Bank goes on to argue, lower pay: “probably also reflects the erosion of secure and well-paid jobs from technological gains” and labour cost control. Unlike the unemployment rate, under-employment remains somewhat above the pre-crisis average (6.7% over 2002-07). So, for example, the ONS reports that 47% of recent graduates are in non-graduate jobs. That is up from 37% in 2001.

Neglect of the long-standing demand for full, skilled well-paid employment is not confined to Labour. Most of the world’s social democratic parties dropped full employment as the goal of policy long ago. Here, the rot set in at the 1976 Labour Party conference. Jim Callaghan’s notorious speech that year dropped Labour’s commitment to full employment and in its place (at the behest of global capital markets) the Prime Minister announced that “the first priority of the Labour government must be a determined attack on inflation…to reach inflation rates comparable with those of our major competitors”.

At the time, he and many of the economic establishment blamed high rates of inflation on full employment, and the labour movement’s demand for higher wages. In fact the real cause had been

a) the deliberate and unilateral dismantling by President Nixon of the Bretton Woods system of international financial stabilisation and management and
b) the deregulation of credit creation in 1973 (via so-called Competition and Credit Control) and the resulting expansion of easy, but dear credit.

At a time when the economy was at full capacity, too much new money (credit) chasing goods and services invariably led to inflation. And while the demand for higher wages contributed to the rise in inflation, it was not causal, as argued by City grandees and their friends in the economics profession. On the contrary, the cause lay with the City’s demand for financial deregulation of credit creation. But Callaghan and other social democratic leaders were blind to these developments, and beholden instead to the City and players in international capital markets.

So Rachel Reeves is right to argue that Labour must “build a new coalition that makes common cause against the unrestrained capitalism of the Conservatives”.

However, while there is much to welcome in this book, there is one major omission which will hopefully be remedied by a second volume. Ms Reeves’s discussion of The Every Day Economy assumes that Britain’s is a national economy operating in isolation from, and not integrated into, a globalised financial system of mobile capital and globalised supply chains.

The reality of life in the Every Day Economy under a model that elevates the global over the domestic economy was starkly exposed by the fate of a small tea room based in Highcliffe Castle, Dorset. The tea-room had been owned and run by a local, Sean Kearney, for 17 years. It was put out to tender by the council. The company that won the tender was a global behemoth - the $14billion Aramark corporation, that owns prisons and canteens worldwide and is headquartered in Philadelphia.

This ‘storm in a tearoom’ as the Times (2 Feb 2017) dubbed it, was a classic example of how today’s economic model fails Britain’s “every day economy”. It pits the minnow of a locally-owned tea room, and helpless local politicians, against a globally powerful and financially mobile, shark.

It is the absence of this international dimension that will render Ms Reeve’s ambition of building a “new coalition to make common cause against unrestrained capitalism” impossibly hard for any government to do. In a world of globalised markets, Labour cannot build “socialism in one country”. A Labour government would have to seek to align with international like-minded partners – not just progressive European Social Democrats, but also American Democrats. The coalition would have to agree to challenge, regulate and manage globalised markets in money, labour, property, goods and services. These markets do not bear any resemblance to domestic or national markets, subject to oversight by society and its “civic infrastructure.” Today’s globalised markets are remote from democratic oversight and regulation, their players freewheeling and unaccountable.

If we are to restore purposeful and dignified work, if we are to build an “everyday economy” for British people and their communities, then it will be vital for Labour to build an international coalition to tame and domesticate global markets. To once again subordinate these markets to regulatory democracy.

So, while there is much to admire in the ambition of this thoughtful book, there is one economic dimension missing: the international. We await a second volume with interest.

Ann Pettifor is a well-known and influential political economist with a high media profile and a record of achieving real changes in public policy, especially in relation to sovereign debt. She is Director of Policy Research in Macroeconomics at Primeconomics.org