Long-term thinking on ageing needs to be visionary and readical but should not come at the cost of the immediate needs of today's older people. Catherine Foot explores some options that could make the extraordinary a bit more achievable. 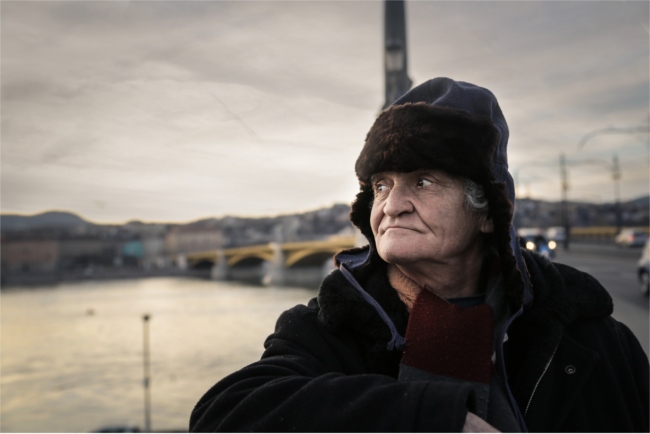 It is well known in the world of conservation that public donations, as well as research funding, tend to flow to the animals that we find ‘extraordinary’ – those that seem more charismatic and somehow easier to love.

People give to giant pandas and monarch butterflies, not toads and blobfish.

Biases like this exist outside of conservation too. In fact, all areas of social policy have their own version of the ‘panda problem’ – high-profile issues that attract people’s attention, and equally important issues that don’t.

In the field of ageing, there is often a disappointing lack of attention given to the hugely important  but seemingly ordinary problems that face us as we address the implications of an ageing population.

Minor home adaptations and improvements are one example. We estimate that more than 90 per cent of older people living in ordinary or ‘mainstream’ housing stock (rather than specialist housing such as care homes, shelterted accommodation, or retirement villages).

Meanwhile, day-to-day mobility problems become more common as people age. This means that simple repairs and improvements to housing can transform people’s capacity to manage at home and live safely and well.

Despite this, local housing strategies for people in later life, where they exist, invariably focus on specialist retirement housing and care homes. At the same time, health and wellbeing strategies often ignore the importance of decent, safe, and supportive local housing stock to local residents’ health.

Examples of seemingly ordinary issues that deserve a much higher profile abound when it comes to health care.

Services for some of the health conditions most often associated with ageing are one case in point. Access to high-quality and timely care and treatment for things like foot health, chronic pain, incontinence, oral health, and malnutrition is highly variable.

Even so, these clinically ‘minor’ conditions can inflict major damage on our ability to remain independent and socially active. Indeed, community health services generally – not least district nursing – are in dire need of expansion and focus, but the media typically ignores these services in favour of high-profile stories from A&E departments.

When it comes to technology, I have lost count of the number of new apps and digital interventions to do with ageing that I have been sent promotional material about. And yet week in, week out, I hear evidence of the much more mundane but tremendously frustrating (and sometimes downright dangerous) lack of basic interoperabiity between different public services’ record-keeping systems.

Seizing the opportunity of longer lives

I really feel that extraordinary progress for older people could come if we only focused more on ordinary problems; on the obvious opportunities quietly staring us in the face.

These issues don’t lend themselves to people who want to be the knight in shining armour, or the firer of a silver bullet. They are not heroic or simple. They are not glamorous or high status. But tackling them would be transformational for the well-being of people in later life.

Of course, with an issue like ageing, we do need to think big. There’s a critical need to be visionary and radical, to stand up and say loudly that far from it being an apocalyptic demographic disaster that will cripple the Exchequer, we can in fact choose to seize the opportunity of longer lives and build a different society that supports all of us to age well.

Still, while we do that, we must make sure that our sights aren’t always set on the distant horizon ahead.

If more people focused on the ordinary here and now a bit more, the extraordinary might just become a bit more achievable too.

Catherine Foot is Director of Evidence at Centre for Ageing Better, an independent charitable foundation that works to support older people and help them enjoy later life. She is former Assistant Director of Policy at The King’s Fund and Head of Policy at Cancer Research UK.