Does a healthy lifestyle ward off Alzheimer's?

Good health may help; but there's more to it 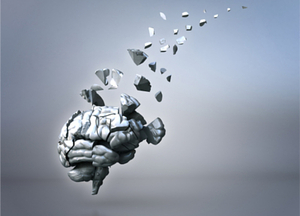 As reported by both The Daily Mail and NHS Choices, a novel solution to a pressing problem:

Half of all Alzheimer’s disease cases could be prevented by lifestyle changes such as exercise, eating healthily and not smoking, claim researchers.

They say hundreds of thousands of patients could potentially avoid the devastating illness by simply changing bad habits...

...Researchers found that in the Western world, an inactive ‘couch potato’ lifestyle was the most important possible cause.

Smoking, obesity in middle-age, high blood pressure and diabetes all increased the risk. Together, the modifiable risk factors contributed to 50 per cent of Alzheimer’s cases worldwide.

The study, published in the journal Lancet Neurology, found that not going to secondary school also made developing the disease more likely.

The researchers did not explain why education was important in reducing the risk of dementia, but it backs up several major studies that have found that spending years at school and university appeared to protect against memory loss in old age...

So far, so good, but again a certain finger-wagging tone can be detected here - if you're not middle class or didn't go to university, then frankly you've got it coming.

However, it seems the environment you find yourself in is just as important as your lifestyle choices, if not more so:

...Lead researcher Deborah Barnes, associate professor of psychiatry at the University of California in San Francisco, said certain causes would be more important in different countries.

In the U.S. and UK, for example, most people go to secondary school but many will lead sedentary ‘couch potato’ lifestyles – so a lack of exercise may be more important...

...Dr Barnes, who presented the findings at the Alzheimer’s Association international conference in France, said: ‘In our study, what mattered most was how common the risk factors were in the population. For example, in the U.S., about one third of the population is sedentary, so a large number of Alzheimer’s cases are potentially attributable to physical inactivity.

Worldwide, low education was more important because literacy rates are lower or people are not educated beyond elementary school..

In other words, it's social class that seems to be the real problem here, and in the post-industrial west, the lower income groups tend to be the ones with the unhealthiest lifestyles. Rather than lead with this, however, the researchers seem to confuse cause and correlation in order to pursue yet more hobby horses.

In regards to research like this, we should be careful before accepting it wholesale. Scientific research is, by necessity, a never ending process of findings and counter findings, and further research may be needed.

Finally, the Mail covers an area that has been proven beyond reasonable doubt - the way untreated head injuries lead to brain disease and dementia in later life.

...The findings came from two US studies, which looked into the effect of brain injuries on Army veterans and former American football players.

The other study involved 4000 retired American football players, with 35 per cent of over-50s found to have ‘significant cognitive problems’...

This ties in directly with a story in today's Guardian, about the tragic death of American Football star Dave Duerson. Once a successful and articulate man, his many brain injuries, and a macho sporting culture in denial, ruined his life and drove him to suicide. He was only 50.