Claims Ibuprofen will 'wipe out' Alzheimer's are misleading

"Painkiller ibuprofen could 'wipe out dementia'," is the deceptive headline from the Sun. Behind the Headlines looks at the science rather than sensationalist lies. 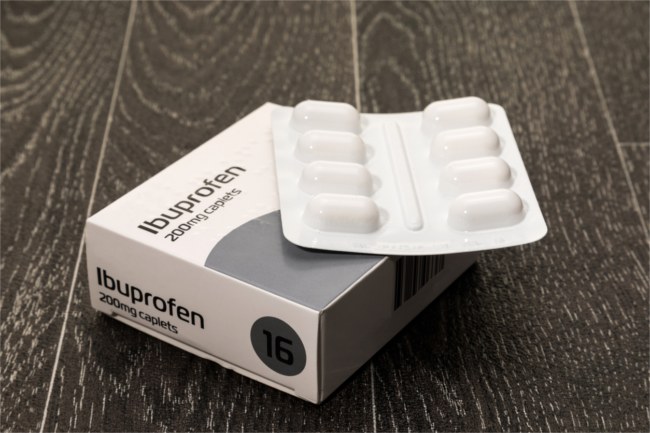 The study that prompted such an optimistic headline was in fact a small piece of research that looked at a saliva test that measures the amount of a protein called amyloid beta protein 42 (Abeta 42).

Some experts, such as the current researchers, think that having higher than average levels of Abeta 42 could be an initial warning sign of the development of Alzheimer's disease.

But the test was only used on 23 people with Alzheimer's and 31 without, which isn't a large enough sample size to have any confidence in the results.

Even if the test were to prove accurate, there isn't enough evidence about any preventative treatments.

The potential preventative treatment suggested by the researchers is a group of drugs known as non-steroidal anti-inflammatory drugs (NSAIDs), rather than ibuprofen specifically, as the headlines imply.

This study didn't test the ability of ibuprofen for preventing or slowing down the progression of Alzheimer's disease, either.

NSAIDs can cause serious side effects, such as gastrointestinal bleeding.

Before they can be used in combination with a test that detects Alzheimer's disease early, well-designed clinical trials need to be conducted using larger sample sizes.

Based on the limited results presented in this study, there's currently no evidence that taking ibuprofen or other NSAIDs can prevent Alzheimer's disease.

What's the basis for these current reports?

This study was carried out by researchers and the founders of the pharmaceutical company Aurin Biotech.

It was published in the peer-reviewed Journal of Alzheimer's disease.

No funding sources are declared. It's possible there's a conflict of interest, given the researchers themselves produced the test.

This research is based on a saliva test, and looked at whether the test can be used to diagnose Alzheimer's disease and predict it developing in the future by measuring the concentration of an amino acid called amyloid beta protein 42 (Abeta 42).

Abeta 42 is an amino acid made everywhere in the body, but deposits of it only occur in the brain.

The deposits are seen in people with Alzheimer's disease, but their exact role in the reduction in brain tissue and memory loss that are characteristic of the condition isn't known.

Based on observational studies, scientists at Aurin believe that for NSAIDs to be effective for the prevention of Alzheimer's disease, they have to be started at least 6 months (preferably 5 years) before diagnosis.

They wanted to see if a saliva test was capable of identifying people at risk of Alzheimer's at an age well below when it would typically develop.

It's not as common for people to receive a diagnosis between the ages of 40 to 65, but is still possible, with 1 in every 20 cases diagnosed at this age.

What did the researchers find?

The researchers concluded people who are at risk of developing Alzheimer's disease exhibit the same elevated Abeta 42 saliva levels as people who already have it (around 40-85 pg/ml), compared with people who aren't at risk (around 20 pg/ml).

The researchers said that these elevated levels are displayed throughout a person's lifetime. But they only performed the test once, so we don't know how the levels fluctuate over time.

If this were the case, then theoretically this means people could get tested at any time using the saliva test and start preventative treatment.

The researchers advised that based on these findings, people should be tested at the age of 55. If they show elevated Abeta 42 levels, this is the time to begin taking NSAIDs.

The other group of 25 people, who had lower levels, were deemed not to be at risk of developing Alzheimer's disease, but we don't know if any of them went on to develop the condition or not.

What does this mean?

This saliva study is early-stage research. It was only a cross-sectional study, so we don't know whether levels of Abeta 24 change over time or whether people with higher levels will develop Alzheimer's disease.

The researchers acknowledged that much larger sample sizes would also be needed to confirm these preliminary results.

This study doesn't provide anything new regarding the use of NSAID drugs like ibuprofen for preventing Alzheimer's disease.

As the exact causes of the disease remain unknown, it also doesn't tell us anything new about preventing the disease.

There are, however, a number of things that are thought to increase your risk of the disease.

There are currently only 3 drugs recommended by the National Institute for Health and Care Excellence (NICE) for managing mild to moderate Alzheimer's disease and dementia, and while there's preliminary research supporting their use, NSAIDs aren't one of these treatments.

Alzheimer's solution that requires 'no prescription or doctor': Painkiller ibuprofen could 'eliminate' the disease, reveal scientists